A Messenger to Entire Humanity

“O Mankind!  The Messenger has come to you with the truth from your Lord, so believe, then, for your own good!  And if you deny the truth - behold, unto God belongs all that is in the heavens and all that is on earth, and God is indeed all-knowing, wise!” (Quran 4:170) 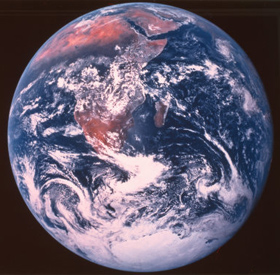 God invites all human beings to accept Muhammad as His “Messenger” who brought truth from his Lord.  A “messenger” of God, in Islamic doctrine, is more than a prophet.  A prophet is essentially someone who foretells the future.  A “messenger” is a moral teacher appointed by God to carry the divine message to others based on revelation he receives.  The reception of ‘message’ from God is termed ‘revelation.’  Islamic tradition views all ‘messengers’ as prophets, but all prophets are not considered ‘messengers.’  Abraham, Moses, Jesus, and Muhammad, may God praise them, are viewed as messengers.

Why should someone accept Muhammad as God’s messenger?  Muhammad was a fulfillment of the biblical prophecies of Moses and Jesus.  Muhammad had an impeccable character and lived a perfect life that has been preserved like no other man’s.  His religious teachings and morals are the best solution to modernity’s predicaments.  The Quran, the scripture he brought from God to the world, is an inimitable literary miracle and the only world scripture that has been preserved word by word.  In short, everything about him and from him is simply true.  Those who do not know this man are invited to learn more about him, as God Himself has announced that belief in Muhammad is better for the person’s own good.  If he does so,  he will live a happy, disciplined existence in this life, and after death he will live for eternity in Paradise.  If someone chooses to reject him (and, consequently, the One who sent him), it will not harm God or His messenger in anyway, but rather only harm the one who rejects.  Everything in the universe belongs to God, He knows everything and is wise in what He commands and creates.

Related Articles with A Messenger to Entire Humanity